Benafsahk village in Karokh district is one of the rural areas of Herat province where the people are very poor and destitute. The residents of the village are agriculturalists and livestock holders. But due to drought and water losses, most of the lands were left out of cultivation previously. Also to some extent it affected livestock keeping in the village. 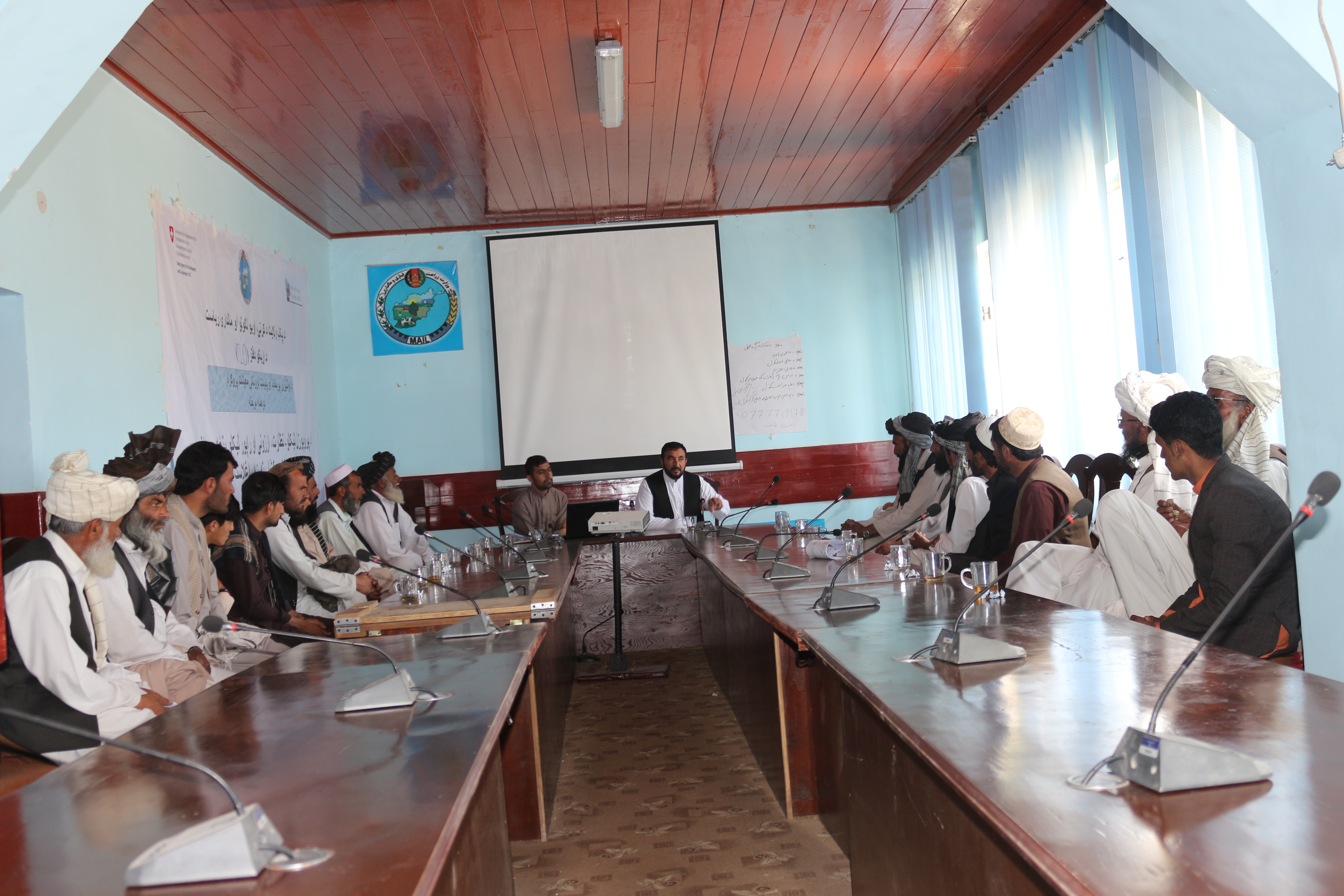 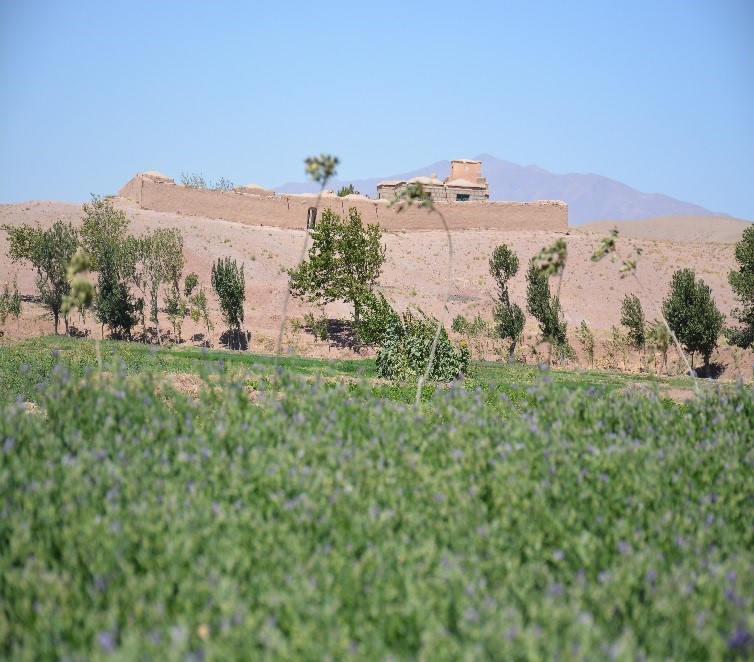 The major problems which the villagers faced were that the floods would destroy the intake, water could reach to the field late and taking too much time in the length of canal. Restoring irrigation water would take tens of days and at least 20 people of village to work prior to rehabilitation. Also, wastewater in the canal - route caused up to 80% of the water losses, and it would take a long time for the irrigation water to reach the field, and as a result the water was inadequate to cover cultivated land!

On the other hand, because of the amount of arable land along the canal route and less water coming to the farm, there was controversy and even hostility over agricultural water, which forced people to leave large amounts of agricultural land from cultivation. But after the rehabilitation of the canal, the above-mentioned problems were resolved and the farmers are very happy now. 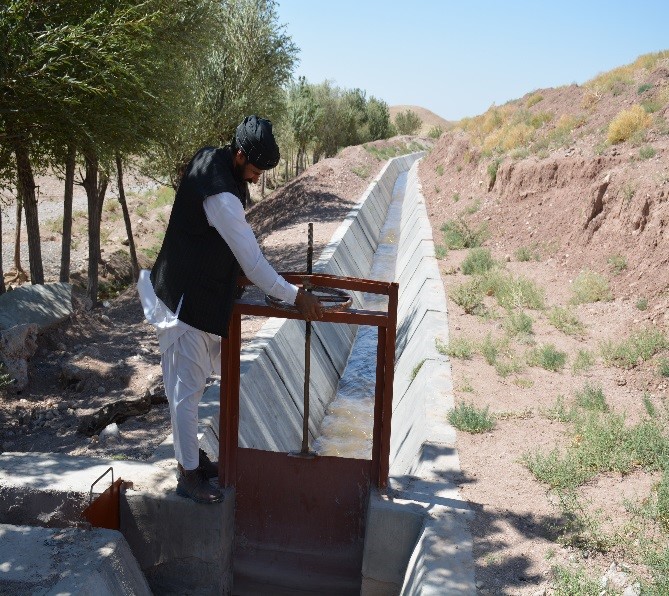 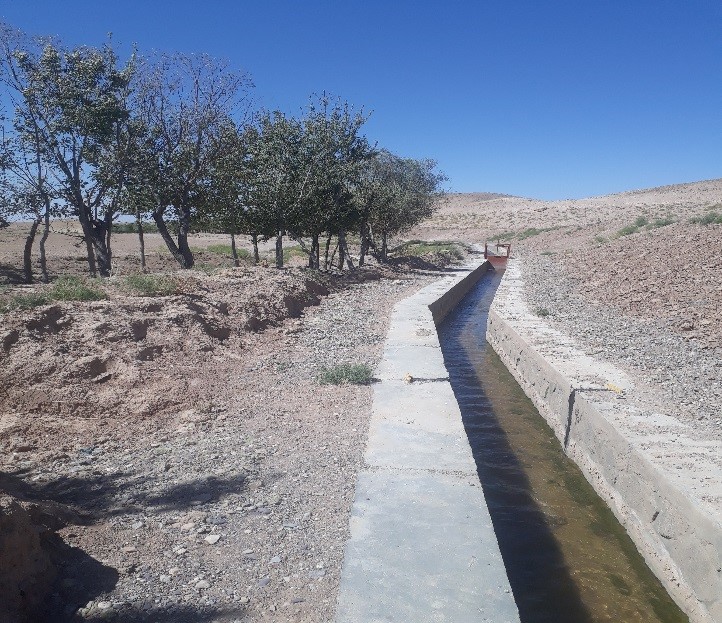 For example, how the rehabilitation of the Benafsahk Canal has had a positive impact on the lives of residential farmers, I chose Haji Mahmoud to interview with him and learned from him. Haji Mahmoud, 33 years old, is the head of an eight-member family. He himself is involved in agriculture and his children are at school. He has a total of ten acres of land and in 2018 their village came under coverage of SNaPP2 project.

Haji Mahmoud says that out of five acres of land that he owns, 2.5 acres of land previously remained out of cultivation due to lack of access to arable water,  which is being cultivated now. This year he earned 90,000 AFM from selling 9,000 kg fodder that sold for 10 AFN each. Of course, one acres of land were planted with forage. In addition, the rest of its land was cultivated with melons and has so far earned about 10,000 AFN.

He added that in addition to using canal water for irrigation of agriculture field, for other urgent needs such as human and bird use, about 3,000 livestock in their village were also provided with adequate water.

When asked about the future plan, Haji Mahmoud, said, "Because there is enough water in the canal route now, I would like to establish a fruit garden in the future because on the one hand the climate is suitable and on the other hand it has a good market."

At the end, Haji Mahmoud thanked the SNaPP2 program and the Ministry of Agriculture, Irrigation and Livestock and requested for more cooperation in agriculture and livestock development for the village of Banafshak.